Posted on
by
Ally Greer
Spread the love 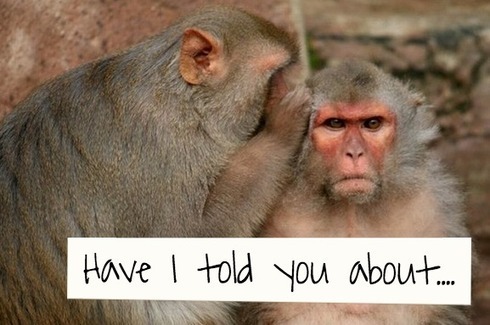 Many different types of online “influencers” exist, as outlined in this post by @Stephanie Frasco. While this article was posted almost a year ago, the principles still stand true.

Here are some of my best tips on what your business goals can tell you about the types of influencers you should target:

Influencers to target: Social Butterflies. Chances are, they know people in almost any major city you’d want to host an event in, and are likely to have large networks of people who will show up. You can take it from there!

Influencers to target: Early Adopters. They spend all of their days on Kickstarter and TechCrunch trying to figure out what the next gadget, site, or invention is going to be and how soon they can get it. If you let them in on your next big idea, they’re the ones who will be the most psyched about trying it out and sharing how great it is with the world.

Goal: Validate your value prop/need for your offering.

Influencers to target: Experts/Gurus. These are the ones who people turn to for advice on certain things. If you’re trying to convince the market that your product is necessary for social media, then you’re going to want a social media expert to agree with you.

Influencers to target: Celebrities. Everyone loves pop culture. It’s human to admire celebrities, and they’re the ones that become influencers without even trying. Think about the fanbases of people like Beiber and Lady GaGa. Whatever they say, their fans do. Like Stephanie points out, this could get pricey, but if you’ve got the money, will result in massive publicity.

Influencers to target: Content Creators. These are the ones who are constantly writing, blogging, etc. They love spreading the word about things they like, and also make great guest bloggers (hello, #leancontent!)

Influencers to target: Broadcasters. If your content leads to business leads, you’re going to want it to promote it as much as possible. Broadcasters might not always be the ones using your product/service or even maintaining relationships with your brand, but they are the ones who are sharing as much content as they possibly can, and usually have lots and lots of followers. (Sometimes, though, like Stephanie says, they over-share and get lost in the noise. Extra tweets can never hurt, though!)

Influencers to target: Your customers! Your customers might not be influencers yet, but they’re the ones who will require the least amount of effort to connect with. Once you communicate with them enough, they’ll become the next generation of brand ambassadors, and eventually, influencers of your own!

Ally is Scoop.it's Director of Content & Community. She loves to geek out over anything social, Internet, or tech related. When she isn't working, you'll probably find her running the streets of San Francisco. Follow Ally on Twitter @allygreer.
Subscribe
3 Comments
Oldest
Newest Most Voted
Inline Feedbacks
View all comments

This is great Ally. Having connected with influencers not only boost your online presence but also give you a chance to be discovered by others. Big thanks for this share.

We did a study on that topic.

Over the course of 5 weeks we asked 37 questions and collected over 22,000 responses. We put together the attached infographic to show the most important findings from the study: The state of Influencer Marketing.