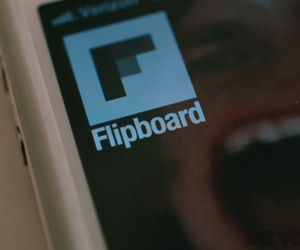 “The New York Times has just announced its unprecedented collaboration with Flipboard to deliver “full access to its content” for its digital subscribers” reports TC Sotteck on The Verge.

Read: including articles behind the paywall.

While some obviously didn’t like it, I’m not sure news agregation should get in the way of the model publishers want to use. There is obviously technical and marketing complexity in creating a paywall, integrating it with other platforms and educating users to accept it. If the NY Times succeeds in establishing one, it’s legitimate to me that they want it to survive other forms of distribution.

But beyond the theoritical legitimacy, I think the bigger problem resides in the complexity of making deals like this. Flipboard and the times must have been through a long negotiation process which meant lost distribution in the meantime.

By insisting on having the paywall integrated, the NY Times makes it harder for the many Flipboard competitors like Pulse, Zite, Feedly, etc… to distribute it. For one Flipboard that can and will do it, many will just pass. They might be smaller but together they might make significant distribution (remember that “Others” section in market studies that usually make the biggest chunk? That’s them).

For Flipboard, this also signals to other media that they’re ready to do so which will absorb some of their resources and slow them down. This reminds me of the model of the music industry which considerably slowed down adoption of legal music : every new startup in this business had to cut a deal with the music labels and wait patiently for them to have the resources to execute such a deal.

Bottom line for the music industry 10 years later? Not much growth, I’m afraid.
See on www.theverge.com