Posted on
by
Pam Neely 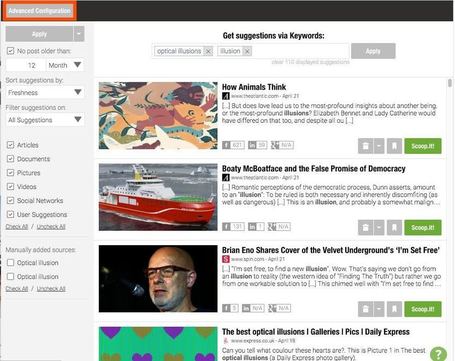 Social media accounts are hungry creatures. They have to be fed, but keeping them fed can be time consuming. Trouble is, unless your job title is “social media manager”, you’ve probably got other things you should be doing. So you either add some hours to an already long workweek, or you:

Out of these 7 options, there’s only one I really don’t recommend. It’s simply giving up on social media. For the rest, though – they all have their place. Here are some ideas, some research, and a bit of hard-earned experience about where each tactic fits.
1. Share less on social media
Many of us have fallen for some faulty logic around social sharing. We’ve been posting on social media for awhile, but over time, our posts’ engagement levels have fallen off. That’s a problem. And we have to do something about it. So we decide to just post twice as often, because that will get us twice the results, right?

Um… maybe not. As TrackMaven revealed earlier this year, it seems the more content marketers publish, the lower engagement falls.

Social Bakers saw a similar trend on Twitter a few years back. According to their data, after the third tweet of the day, engagement starts leveling off.

The other problem with just posting more is that you’re already short on time – adding more posts just makes things worse. So instead of choosing the “more is better” option, may I suggest:

Get smart about posting times: Finding out which times your posts are most successful, and then only posting then? If you don’t want to cut back your posts that much, flip this advice around: Find out when are your worst times to post, and stop posting then. You’re getting weak results anyway – why force it?

Use research and follow best practices: Consult research studies and apply online tips and techniques to increase the engagement of your posts. For example, include images with EVERYTHING you post. Include hashtags where appropriate. Make sure your posts’ headlines are as good as they can get. Any one of those tips can realistically get you 30% more engagement. Add them all up, and you could probably post one-third as often and still get results.

Be careful not to overdo it: Check and see if maybe you haven’t been oversharing. Here are some tips for promoting your content on social media, and some suggestions for what posting frequency works best:

Many of you appear to be sharing less often than what’s recommended there. When we surveyed 1,000 content marketers earlier this year, here’s how often they said they share:

If you’re in the camp of under-sharers, keep reading. There are plenty of ways to share more and get more results – without losing too much time.
2. Create your own posts more efficiently
This is really just a matter of productivity. Here’s some tips that have worked for other social marketers:

Use templates: These can be super helpful for boosting your efficiency when creating your posts.

“Batch” your work: This might mean using a social media management tool to queue up a bunch of posts to be published over several days. Or it might mean using a tool like Pocket – or just a folder in your inbox – to gather up content you want to share later.

Outsource the whole enchilada: It can be done. Services like Growth Geeks offer to take over all your social sharing, including curating awesome content, for a mere $99 a month. I’m tempted to try it.

3. Give up entirely on social media
As mentioned, I don’t recommend this. And I bet you don’t think it’s a good idea, either. But if it happens to you, take heart – you’re definitely not alone. Some of life’s events – having a baby, moving, illness – can get in the way of managing your social media accounts. Just understand that if your accounts go quiet too long, you’ll start losing the audience you’ve worked so hard to build.

[caption id="attachment_12854" align="alignnone" width="1024"] Even the best of us sometimes lapse on keeping up with our social media accounts. Screenshot is from the Twitter tool CrowdFire, previously known as JustUnFollow.[/caption]
4. Set up an aggregated feed of content that matches certain parameters
Now we’ve tipped into what some people call “content curation.” Except there are several kinds of content curation. An “aggregated feed” is a feed of content that’s assembled by a computer. The content fits certain parameters, like:

It was published by a pre-defined list of companies. You choose a bunch of companies whose content you want to track. The feed just spits out whatever they publish.

It includes a specific hashtag or keyword. For instance, you want to have any piece of content with the hashtag “#ContentMarketing” appear in the feed.

After the parameters are defined, an aggregated feed runs without any human intervention. The plus side of that is there’s almost no additional work on your part.

The downside is that the content might not always be a something you’d pick to share, but it gets covered up into your social media feeds based on the rules of the aggregation tool. Another downside is that there’s no commentary – you aren’t adding any insights to the content you’re sharing. That diminishes the value of your curation. It doesn’t give your followers as much context and meaning as they could be getting. And it can make your social media accounts just seem like automated bots.

Here’s an example of an aggregated feed in Scoop.It. It’s set up to grab any content with the keywords “optical illusions” and “illusion”, so long as that content meets the other parameters defined in the left column.

What sets Scoop.it apart as a curation tool is that it has a two-step curation system. First, you define the types of posts you want to gather into your aggregated feed. Then you handpick content from that feed, add commentary, and instantly share or queue your shares to your social media feeds. You can also send your curated content via email newsletter. So you get the efficiency of an aggregated feed, but also the benefits hand-selected content with your own added commentary.
5. Curate other people’s content
This is the “truer” form of content production. It’s where you hand-select the content you want to share, and you add your own commentary to it. This level of curation can take the form of social media posts, but it could also just as well become “roundup” blog posts, ebooks, or even podcasts.

[caption id="attachment_12857" align="alignnone" width="1024"] The Content Marketing Institute’s “This Old Marketing” podcast includes commentary on several of the most notable blog posts of the week. It’s an audio version of curated content.[/caption]
6. Re-share other people’s content
Want to beef up your social media feeds – and make friends and influence people? Then don’t forget about simply re-sharing social media posts from other accounts.

How often should you be doing this? At least a couple times a week.

If you want to get even more traction out of this, consider the influencers you’d like to connect with. These are the power players in your industry – folks with huge audiences and lots of sway. One of the best ways to get on their radar is to share or re-share their content regularly. It’s a way to demonstrate you know their work and you really do like it enough to promote it. That goes a lot further than just saying “I love your work” in your outreach emails.
7. Re-share your own content
Got any social media posts that have done unusually well? So you’ve re-shared them, right? No? Yikes – major opportunity missed! But according to our survey from earlier this year, most content marketers aren’t re-sharing their content.

Promoting your content by re-sharing it multiple times after you hit publish is critical if you want your content to reach the biggest audience possible. As much as we’d like it to be the case, producing great content isn’t enough to succeed with content marketing. If you want to generate maximum results, you have to optimize your efforts in every phase of the content marketing lifecycle, including distribution.

I recommend you make it a priority to re-share your “old” content. Here’s why:

You worked hard to create it: Producing your awesome piece of content took a lot of hard work. Maximize the impact of your content by giving it all the exposure it can get.

Save time: You’re short on time, right? So instead of crafting another social media post, why not just re-publish one that’s done well in the past?

Increase engagement: The post did well! It had unusually high engagement. Your audience liked it. Why not increase your average engagement rates by re-sharing top-performing posts?

Leverage intelligence to help you know what to share and save time: Tools like Scoop.it Content Director make it super-easy to re-share your social media posts. Content Director can even show you which posts did best according to leads generated and other valuable metrics. That way you aren’t just chasing shares – you’re chasing new business.

Conclusion
Finding content for your social media feeds doesn’t have to feel like a time-sink. You can do it efficiently, and in a way that builds your business, expands your influence, and opens up new opportunities. And there are plenty of tools to help you do it.
Back to you
How much time do you spend every week finding content for your social media accounts? Does it feel like high-value work, or more of a fill-in-the-box sort of task? Leave a comment and tell us what you think.
And if you’d like to see how content marketing can help you improve SEO, you should read this eBook!