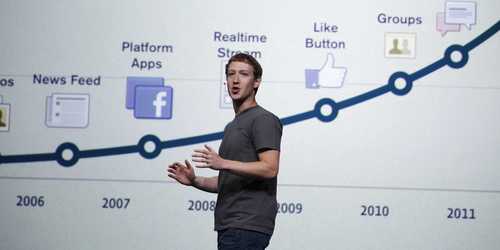 In 2008, Mark Zuckerberg laid out his theory about people sharing content on Facebook. “I would expect that next year, people will share twice as much information as they share this year, and [the] next year, they will be sharing twice as much as they did the year before,” he said.

This article reminded me of my own post on Business Insider predicting that the Facebook people-centric model will see its limits. Two years and one IPO down the road, we’re exactly there: with 1,500 potential stories to show to an average user news feed every time they visit, Facebook has a tough time determining what’s really important.

Perhaps more importantly, Facebook lost its raison d’etre – connecting friends – as it mingled personal stuff with advertising and content from pages and brands. More often than not, the latter gets in the way of the former.

For now, Facebook tries to tackle the problem with smarter algorithms but what we really need is a topic-centric approach to social media: the interest graph. While content published by my social graph has value, it has no implied connections with my interests. And as Facebook educated and encouraged users to share more and more – beyond personal stuff, it became the place where we receive content on other people’s interests. Sometimes they overlap, very often they don’t.

So the only way to scale publishing in a world where everybody can publish is to connect people and content around interests and therefore organize content streams by topic.