“Quality is not an act, it’s a habit.” -Aristotle said.

What makes your topic more relevant than any filter or aggregator? Your insights, your point of view, your editorial choice. In short, your personal engagement in the content you curate.

Howard Rheingold is a critic, writer, and teacher; his specialties are on the cultural, social and political implications of modern communication media such as the Internet, mobile telephony and virtual communities (a term he is credited with inventing). Check him out at http://twitter.com/hrheingold, http://www.rheingold.com, http://www.smartmobs.com, and http://www.rheingold.com/university “Rheingold U! What it is —> is —>up to us.”

Some have opposed content creation and curation but new study by Argyle Social finds out the sweet spot is mixing both. Interesting quantitative validation for our vision to enable “Scoop.it everywhere” back a few months ago.

Maddie Grant, CAE is the co-author of Open Community: a little book of big ideas for associations navigating thesocial web andHumanize: How People-Centric Organizations Succeed in a Social World. Maddie is also the lead editor for SocialFishing, one of the most visited and respected blogs written for association executives, where she gets to express her viewpoint as a classic Gen-X early adopter and “shiny new toy” addict. As the chief social media strategist for SocialFish, Maddie draws from more than 10 years of experience in marketing, communications, and international business operations to help associations large and small build capacity for using social media to achieve business results.  Find Maddie at www.socialfish.org.

Signal beats Noise: Find your voice thru curation (a panel proposal for SxSW 2012 where I’ve been asked to participate). Read More
Posted in
Events

Don’t Be a Cause without a Context

Context is always the key, especially for our community of curators that know that it allows instantly to give more visibility to your passion, expertise or voice.

We know that the digital environment created a very powerful context. The web has become the world’s largest pulpit.

“All we have to decide is what to do with the information that is given us.”

Ken Kaplan is a family guy interested in technology, photography, video making and travel, especially between San Francisco and Italy. He is a communications strategist and multimedia journalist for @IntelFreePress, the tech news bureau inside Intel.

–What is curation to you?

Enter the challenge for a chance to win $1,000 (first place) or an HTC Desire S phone (second place)!

Is Curation The Future of The Social Web?

Last Monday Scoop.it was invited by pariSoma to partake in a panel discussing: “is curation the future of the Social Web?” With Burt Herman from Storify and Chris McCann from StartupDigest, Guillaume Decugis our CEO, discussed the new social behavior that curation represents online. The debate was moderated by Ben Parr, Mashable’s editor-at-large.
The first question from Ben Parr was legitimate. ”What’s the hell is curation?”

Since the beginning of the Scoop.it adventure, we have envisioned our platform as a new way to share and to be heard on the web in the Age of Information Abundance. We are thrilled by the intelligent content you have collectively built.

Scoop.it does not simply contain absolute knowledge. It is a place where different viewpoints and opinions collide, where mutual expertise shapes information, where the power of collaboration gives you a picture drawn by humans.

Whether you’ve been curating on Scoop.it for a while or you’re just joining us, we want to provide you with some great ways to reach everyone’s ultimate goal: to be a rockstar curator! Here are some of our best tips.

The Right Time to Be Heard Should Be Yours.

Sometimes, you see very accurate advice on how to be sure you post “at the right time”, on social media networks. Apparently you should not talk when you want to, but when the web is ready to listen.

I don’t buy it. I think it should be the opposite: you should share when you want to, when it’s a good time for you, without worrying that nobody is going to hear you. The real time web is awesome because it keeps me in the know immediately. But it’s not the only rhythm. You cannot follow everything going on at the same time in the world, sometimes you just want to save something for later when you will have more time. Yes, later. I know it’s maybe a bad word in the State of Now.

The end of the so-called digital life

Scoop.It was proud to be a media partner at last Saturday’s TEdxSoMa, which is hosted twice a year by pariSoma. The topic of this edition was “Community 2.0”

As with most innovation, it can be used for good and bad: finding the right direction is  the responsibility of human beings, not of your laptop.

Good to hear you everywhere!

On May 4th, we launched a new version to make Scoop.it frictionless for our users who had a blog or Facebook page and allow them to be heard everywhere.

Today, one month later, we’re thrilled by the great examples coming from our users and felt about sharing them with you.

This weekendʼs TEDxSF “Alive! Maximum Living as a Human” was everything you expect from a TEDx: inspiring, surprising, moving. Scoop.it was proud to be there at the Yerba Buena Center For The Arts as a media partner. I have to confess I was very proud to see and feel how useful our platform was to spread the word before the event, to capture the atmosphere during it and keep the conversation engaged after. The TEDxSF team was a great partner as they really wanted to explore and leverage as much as possible Scoop.it especially with our latest release “Scoop.it everywhere”.

From Melting Snow to Snowball Effect

According to Steve Rubel, Content published on social media is “like wet snow, melting as soon as it hits the ground”. But here’s what we learned so far on how it behaved on Scoop.it.

When the word “blog” arrived in our vocabulary in the late 90’s, it was a new way of communicating using a new disruptive medium, the Internet. 10 years later, blogging is reinventing itself. It probably…

Get featured on Scoop.it!

Hey Scoop.it users! Want to try and get featured on Scoop.it, but don’t know how? Featured topics are picked up by our team and it’s a tough choice as there are now lots of awesome topics…

The Scoop.it API : The Steam Engine of Curation!

Last week, we made the Scoop.it API public and announced a first implementation within the Seesmic Desktop client. I wanted to share our vision of what this is all about for us.

Today is a great day for us: during the last weeks, the entire team worked hard to release this new version of Scoop.it we just launched today!

In just a few months, Scoop.it has known great success as a stand-alone platform by making curation a simple and new form of expression on the Web. So much so that the feedback we had from some of our most advanced users was that Scoop.it became a very central part of their social media experience. 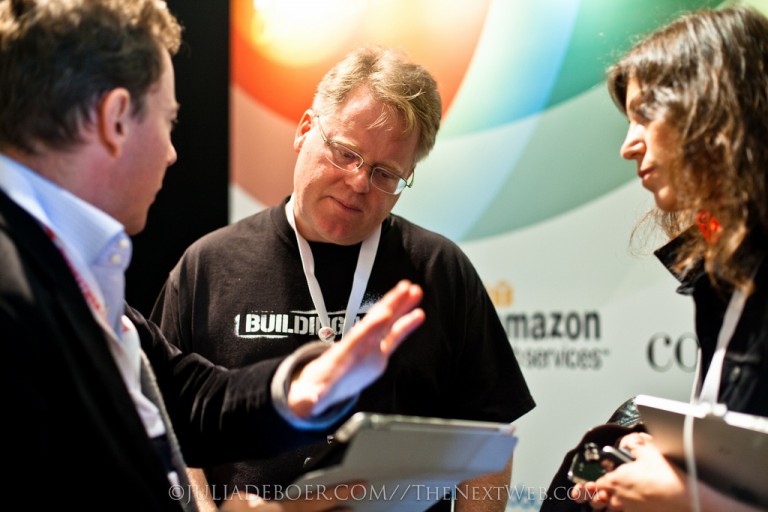 Amsterdam seems to be the ideal place for a conference at a human size. That’s really what hits me the most during this three days at TNW Conference: Everything was done to make the attendees,…

We had Microsoft for a while, Google for another. These days, it’s Facebook. According to some, Zuckerberg is not only after exposing publicly our most private data but he’s also into privatizing the Web to make it a part of Facebook: replacing Web sites by Facebook pages, email by Facebook messages, and so on. Some are worried. It’s true that Facebook’s growth is impressive. And more importantly its usage is massive. Even financials are amazing, with revenue well above a billion dollars from advertising and virtual goods, while social commerce could still bring huge additional opportunities.
Yet, I don’t think Facebook has it all. I know it’s massive but because of that we tend to overlook where it fails.

Event Organizers, Scoop.it is for you

We love to discover and share new ways Scoop.it is being used by our great beta users. We’ve had a couple of major events using Scoop.it this week and we thought it was worth sharing.

Scoop.it was used by the ReedMidem, the organizer of Connected Creativity at MIPTV, a new global forum uniting the world’s dominant market forces and leading innovators in entertainment, mobile media and technology at Cannes.

We know that many institutions are having to rethink themselves in this Internet enabled world. Government 2.0 is already a notion that officials are trying to fully grasp and explore, even if the dilemma between the open dialogue that the web implements and the nature of a state’s responsibilities make a balance hard to find.

You have a voice? Make it heard!

Social Media lets everyone speak all the time. So what happens? Noise. Not only for the listeners, but also for those who want to speak. Here’s how we can create a new, curated and topic-centric Web to change that.

SXSWi: Making sense of all the noise

Why does SXSW matter? Because it’s SXSW! It gets people excited, fills teams and startups full of hope and focus for a few weeks, or months, and they all then bring this energy to Austin. This naive “I will be the change maker of the year” will suddenly meet the more cynical old players, who feel at home at the festival, who know which streets you should take between two parties to meet the “right people” before hitting the “right places” to be identified as the “right projects”. You start in this endless chase, or at least I did at the beginning.

You’ve asked for it! We did it…

Ever since we launched Scoop.it we’ve been amazed by the quality of the feedback you gave us. It feels great to have such an engaged community of motivated users willing to share their views on how the product should evolve.

To show how precious your ideas are for us, here is a quick retrospective of what we did during the last two months following your feedback and suggestions.

As content distribution evolves from subscription to curation, blogs ironically face the same challenge as the traditional media they used to disrupt.

The goal of this summit is to explore how social medias and new technologies empower us by creating new ways of sharing information and engage citizens. A perfect fit to present Scoop.it !